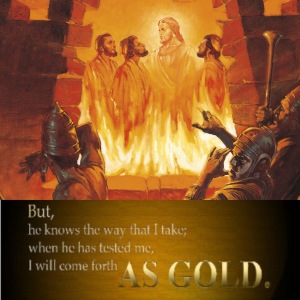 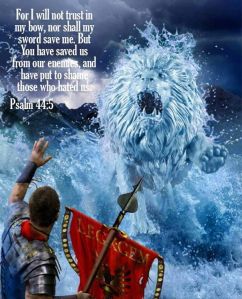 Be encouraged, there is hope in Jesus Christ.
Be encouraged, the joy of The Lord is your strength.
Sorrow does not strengthen you.
Self pity does not strengthen you.
Confusion does not strengthen you.
Frustration does not strengthen you.
Refuse to allow the enemy to bring you down.
Act out of faith, and your faith should align with the perfect will of God.
When you do you are sure to be successful.
Do not act out of your own will, and in your own understanding.
God knows your beginning, and your end.
In all your ways acknowledge Him.
God comes first.
If God comes first in all that you do then you shall be stable.
““Behold, this is the joy of His way, And out of the earth others will grow.”
Job 8:19
“Behold, God will not cast away the blameless, Nor will He uphold the evildoers.”
Job 8:20
“He will yet fill your mouth with laughing, And your lips with rejoicing.”
Job 8:21
“Those who hate you will be clothed with shame, And the dwelling place of the wicked will come to nothing.””
Job 8:22
Weeping may endure for a night, but joy surely cometh in the morning.
The Lord will not fail in putting your enemies to shame, but you must also abide to His will and walk with Him in the Light of His Word.
“But Samuel replied: “Does the Lord delight in burnt offerings and sacrifices as much as in obeying the Lord? To obey is better than sacrifice, and to heed is better than the fat of rams.”
1 Samuel 15:22
“For rebellion is like the sin of divination, and arrogance like the evil of idolatry. Because you have rejected the word of the Lord, he has rejected you as king.””
1 Samuel 15:23
“He sent from above, He took me; He drew me out of many waters.”
Psalms 18:16

He cannot lie to me.

“Then Nebuchadnezzar went near the mouth of the burning fiery furnace and spoke, saying, “Shadrach, Meshach, and Abed-Nego, servants of the Most High God, come out, and come here. ” Then Shadrach, Meshach, and Abed-Nego came from the midst of the fire.”
Daniel 3:26
“And the satraps, administrators, governors, and the king’s counselors gathered together, and they saw these men on whose bodies the fire had no power; and they saw these men on whose bodies the fire had no power; Daniel 3:27
“The LORD is my shepherd; I shall not want.”
Psalms 23:1
“Yea, though I walk through the valley of the shadow of death, I will fear no evil; For You are with me; Your rod and Your staff, they comfort me.”
Psalms 23:4
“You prepare a table before me in the presence of my enemies; You anoint my head with oil; My cup runs over.”
Psalms 23:5
I will pass through the fire but I will not be harmed.
“You have made the Lord your defender, the Most High your protector,”
Psalm 91:9
“and so no disaster will strike you, no violence will come near your home.”
Psalm 91:10
“You will trample down lions and snakes, fierce lions and poisonous snakes.”
Psalm 91:13
Every believer will face times whereby they will have to pass through the fire.
The enemy attempts to attack those who stand for righteousness, those that do not stand for righteousness the enemy really does not care about.
When we stand for righteousness The Lord shows forth His glory through us, and believe me He will never fail, leave, nor forsake us. 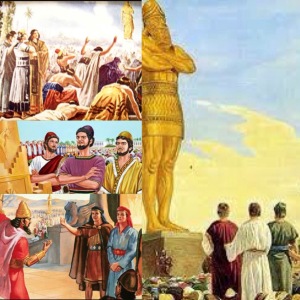 “Then I said, “I will not make mention of Him, Nor speak anymore in His name.” But His word was in my heart like a burning fire Shut up in my bones; I was weary of holding it back, And I could not.”
Jeremiah 20:9
“For I heard many mocking: “Fear on every side!” “Report,” they say, “and we will report it!” All my acquaintances watched for my stumbling, saying, “Perhaps he can be induced; Then we will prevail against him, And we will take our revenge on him.””
Jeremiah 20:10
“But the LORD is with me as a mighty, awesome One. Therefore my persecutors will stumble, and will not prevail. Jeremiah 20:11
Believers when we obey God trust me trials will come, and we will have to face those trials.
There is a fruit called long suffering, but The Lord shall surely see us through.
We are destined to overcome.
In difficult times and situations if you acknowledge Jesus as Your Lord and personal Saviour,
then He shall surely save you, and not only will He save you but He will also put your enemies to shame.
“Therefore, because the king’s command was urgent, and the furnace exceedingly hot, the flame of the fire killed those men who took up Shadrach, Meshach, and Abed-Nego.”
Daniel 3:22
You shall stand, and your enemies shall fall.
The Lord shall deliver you out from the bottomless and fiery pit, and your enemies shall be cast down into it,
and they shall be put to shame!

““Look!” he answered, “I see four men loose, walking in the midst of the fire; and they are not hurt, and the form of the fourth is like the Son of God.””
Daniel 3:25
There is no God like Jehovah!
The Lord is indeed mighty to save!
The Name of The Lord is a Strong Tower, the Righteous run into it and they are saved!
There is another Man walking with you and that is the Son of God, King Jesus.
He shall surely deliver you out from the fire!
And He is more than able to do so.
Isn’t it amazing that the Lord was walking with them through such a difficult, scary, and harsh time!
The fire did not touch, and neither did it consume them because they were walking with the King of kings, and The Lord of lords,
and let me tell you something this isn’t just a story no this is real, and this actually happened.
This is Old Testament but The Lord Jesus Christ appeared to these three men of God, and He walked with them!
Amazing!
In the same way shall the Lord appear real to you, and shall He also walk with you in the midst of trouble.
Amen.
“Then the king promoted Shadrach, Meshach, and Abed-Nego in the province of Babylon.”
Daniel 3:30
In the midst of a pagan land the Lord promoted three believers.
We live in a very idolatrous, evil and stubborn world.
May the Lord promote you amongst such a people.
That is my prayer for you.
After the enemy had attempted to put these three men to shame, The Lord showed up and showed up in the fullness of His glory, and His power, and my God He turned their situation around, He was working in their favour, and those who tried to throw them into the fire were instead burned to death, and Daniel, Meshach, and Abed-Nego were saved, and not only were the saved they were promoted!
The Lord is not finished with you.
He is a covenant keeping God.
Jehovah has the final say.
It is not over until He says it is over!
Above all Lord we live for Your glory.
Oh glory be to God!
The fire shall not harm us, and we shall not be put to shame, instead the Lord shall save us, and He shall faithfully favour and promote us for His glory alone.
God is above all powers!
No power can harm us. 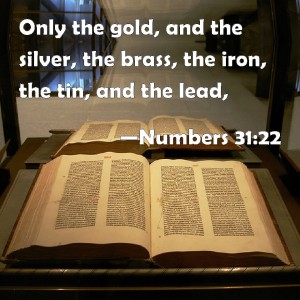 One thought on “DaFruits of Being tried Through The Fire, and Coming out GOLD.💛”