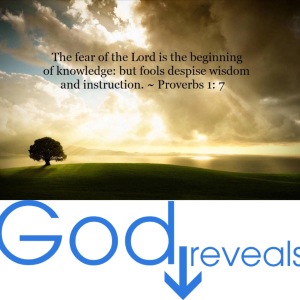 Wisdom comes from God.
To be successful in anything we need to have wisdom.

“And Solomon loved the LORD, walking in the statutes of his father David, except that he sacrificed and burned incense at the high places.”
I Kings 3:3
“At Gibeon the LORD appeared to Solomon in a dream by night; and God said, “Ask! What shall I give you?””
I Kings 3:5
“Now, O LORD my God, You have made Your servant king instead of my father David, but I am a little child; I do not know how to go out or come in.”
I Kings 3:7
“And Your servant is in the midst of Your people whom You have chosen, a great people, too numerous to be numbered or counted.”
I Kings 3:8
“Therefore give to Your servant an understanding heart to judge Your people, that I may discern between good and evil. For who is able to judge this great people of Yours?””
I Kings 3:9
“The speech pleased the Lord, that Solomon had asked this thing.”
I Kings 3:10
“Then God said to him: “Because you have asked this thing, and have not asked long life for yourself, nor have asked riches for yourself, nor have asked the life of your enemies, but have asked for yourself understanding to discern justice,”
I Kings 3:11
“behold, I have done according to your words; see, I have given you a wise and understanding heart, so that there has not been anyone like you before you, nor shall any like you arise after you.”
I Kings 3:12
“And I have also given you what you have not asked: both riches and honor, so that there shall not be anyone like you among the kings all your days.”
I Kings 3:13
“So if you walk in My ways, to keep My statutes and My commandments, as your father David walked,then I will lengthen your days.””I Kings 3:14 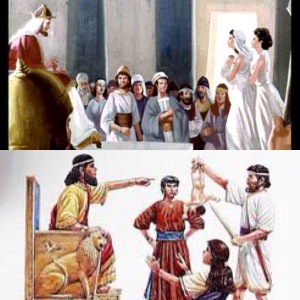 “So the king answered and said, “Give the first woman the living child, and by no means kill him; she is his mother.””
I Kings 3:27
“And all Israel heard of the judgment which the king had rendered; and they feared the king, for they saw that the wisdom of God was in him to administer justice.”
I Kings 3:28
Wisdom comes from and begins with God.
When the Lord establishes you, when the Lord favours you, blesses you, or promotes you, be sure to pray for wisdom.
God is rewarder of those that diligently seek Him.
Do not expect to receive from God if you do not first acknowledge Him.
God blesses the humble, and is far from the proud.
Solomon had the power and the authority to rule over his people but he did not have wisdom, and without wisdom a kingdom can not stand.
Solomon was humble enough to accept that he did not know it all, and that He needed God.
This is a very rare trait to see in people that are in high places.
The wisdom of God blesses and adds no sorrow.
The wisdom of God will never bring you down, the wisdom of this world is foolishness in the eyes of God.
“Wisdom is the principal thing; Therefore get wisdom. And in all your getting, get understanding.”
Proverbs 4:7
Wisdom from God brings forth divine revelation.
The wisdom of God cannot be comprehended by the natural mind.
To be able to tap into the wisdom of God, we must first tap into His Spirit.
The Word of God is wisdom.
Jesus is the living Word, He is Spirit and He is Truth.
JESUS, The Living Word reveals Truth, He has removed the veil.
Divine revelation comes from God.
When you know Jesus, only then will you have a divine revelation of who He is.

“Now when the queen of Sheba heard of the fame of Solomon concerning the name of the LORD, she came to test him with hard questions.”
I Kings 10:1
“She came to Jerusalem with a very great retinue, with camels that bore spices, very much gold, and precious stones; I Kings 10:2
“So Solomon answered all her questions; there was nothing so difficult for the king that he could not explain it to her.”
I Kings 10:3
“And when the queen of Sheba had seen all the wisdom of Solomon, the house that he had built,”
I Kings 10:4
“the food on his table, the seating of his servants, the service of his waiters and their apparel, his cupbearers, and his entryway by which he went up to the house of the LORD, there was no more spirit in her.”
I Kings 10:5
“Then she said to the king: “It was a true report which I heard in my own land about your words and your wisdom.”
I Kings 10:6
“However I did not believe the words until I came and saw with my own eyes; and indeed the half was not told me. Your wisdom and prosperity exceed the fame of which I heard.”
I Kings 10:7
“Blessed be the LORD your God, who delighted in you, setting you on the throne of Israel “Blessed be the LORD your God, who delighted in you, setting you on the throne of Israel! I Kings 10:9
“Then she gave the king one hundred and twenty talents of gold, spices in great quantity, and precious stones. There never again came such abundance of spices as the queen of Sheba gave to King Solomon.”
I Kings 10:10
“And the king made steps of the almug wood for the house of the LORD and for the king’s house, also harps and stringed instruments for singers. There never again came such almug wood,nor has the like been seen to this day.”I Kings 10:12
“Now King Solomon gave the queen of Sheba all she desired, whatever she asked, besides what Solomon had given her according to the royal generosity. So she turned and went to her own country, she and her servants.”
I Kings 10:13
When you have wisdom from God, then you have everything.
Do not be fooled by the wisdom of this world.
All that glitters isn’t gold.
Divine knowledge has the power to bring many to salvation.
Queen Sheba blessed The Name of The Lord, when she saw His glory and encountered a divine revelation.
“Give, and it will be given to you: good measure, pressed down, shaken together, and running over will be put into your bosom. For with the same measure that you use, it will be measured back to you.””
Luke 6:38
King Solomon did not use what queen Sheba gave him for himself, no instead he used what she gave him to build the house of The Lord.
WISDOM.
The more you bless God the more He shall bless you, and you shall never lack in any good thing.
“My people are destroyed for lack of knowledge. Because you have rejected knowledge, I also will reject you from being priest for Me; Because you have forgotten the law of your God, I also will forget your children.”
Hosea 4:6
Wow, that’s deep right.
If we reject wisdom we reject God.
We reject God when we reject His Word, and by doing so we also reject Wisdom.
Without His wisdom we perish, we are lost.
Be careful to not allow the things of this world to easily consume you.
Keep your eyes fixed on God, at all times.
Solomon later became involved in false idolatry, because he had too many wives. 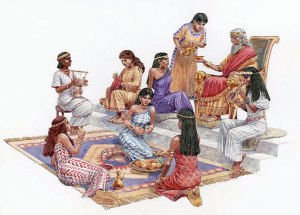 Now that’s a foolish thing to do.
Solomon had wisdom, but the pleasures of this world took him away from it.
This is a prayer that we must pray always.
“Remove falsehood and lies far from me; Give me neither poverty nor riches— Feed me with the food allotted to me;”
Proverbs 30:8❤🙏️
After seeking God for wisdom, and everything else is added unto us, then we must pray a prayer of humility.
Solomon’s father king David, was described as a man after God’s own heart for a reason.
Seek wisdom, and righteousness, pray for humility, and a divine revelation.
“And God gave Solomon wisdom and exceedingly great understanding, and largeness of heart like the sand on the seashore.”
I Kings 4:29
“Thus Solomon’s wisdom excelled the wisdom of all the men of the East and all the wisdom of Egypt.”
I Kings 4:30
“For he was wiser than all men— than Ethan the Ezrahite, and Heman, Chalcol, and Darda, the sons of Mahol; and his fame was in all the surrounding nations.”
I Kings 4:31
“He spoke three thousand proverbs, and his songs were one thousand and five.”
I Kings 4:32
“Also he spoke of trees, from the cedar tree of Lebanon even to the hyssop that springs out of the wall; he spoke also of animals, of birds, of creeping things, and of fish.”
I Kings 4:33
“And men of all nations, from all the kings of the earth who had heard of his wisdom, came to hear the wisdom of Solomon.”
I Kings 4:34
“But now the LORD my God has given me rest on every side; there is neither adversary nor evil occurrence.”
I Kings 5:4

I’m just here reading 1 Kings 7 like wow.😯
Wow, wow, wow.
Never allow your circumstances to limit you from being all that the Lord has empowered you to be.
I want to tell you this morning about a man called Huram.

“Huram made the lavers and the shovels and the bowls. So Huram finished doing all the work that he was to do for King Solomon for the house of the LORD:”
‭‭I Kings‬ ‭7:40‬ ‭
Amazing.
Hiram was the son of a widow, but that did not stop him from operating in the gifts that The Lord placed inside of him.
He was filled with wisdom, and understanding and he put his skills to work.
Just look at the amazing results that came from wisdom which comes from God.
Brethren, we are all more than able to do that which The Lord has called us to do, what we need is wisdom.
We need to wisdom to fulfil that which The Lord has placed within us.
We do not need excuses, and self pity.
Huram could have dwelt on being the son of a widow, and refused to use his skills.
That is what a lot of us do we look at our current situation, and it acts as a hindrance for us to move forward.
It may not necessarily be the same as Huram’s situation, it could even be your background, or something that you may be lacking right now.
Brethren, do not allow your today to determine your tomorrow.
Pray for wisdom.
Wisdom comes from God.
Wisdom, will pave the way for your gifts.
King Solomon sent for Huram, when the Lord empowers you with Wisdom then Favour shall surely locate you.
Favour brings you before kings and queens, great women and great men.
Huram was the son of a widow, but that did not affect his destiny.
Lord this morning I pray for wisdom.
Lord please empower us with wisdom so that we can birth all that You have placed within us, and use that which You have placed within us for Your glory.
Lord also grant us favour, supernatural favour like You did with that of Huram.
Solomon sent for him, Lord in the same way let those in high places send for us, let those in high positions send for us, managers, bosses, those that will propel us to fulfil our God given destines.
Oh Lord let us no longer look at our current situations, but let us keep our eyes fixed on You.
In the Mighty Name of Jesus we have prayed, Amen.🙏