Good morning everyone, and happy first day of the last day of the month!😀👏
Wow God is good, He has brought us so far.
You know December is a very special month for me, because it is the month where I gave birth to DaFruits.😊
It’s been an amazing vision, and this is my 80th post glory be to God!
In the space of nearly a year The Lord has written 80 posts through me, and I’m looking forward to whatever else He has in store to do through me His servant.❤️ 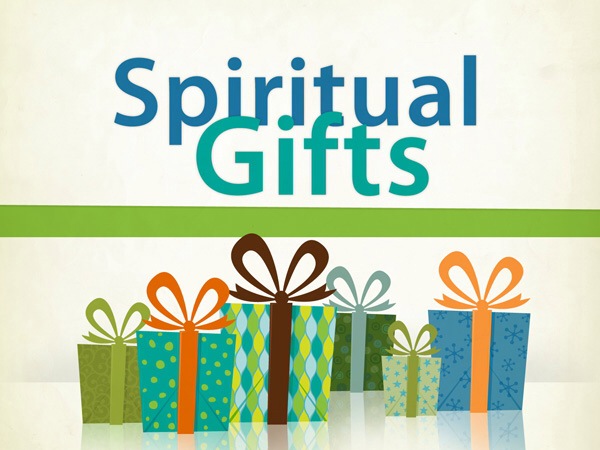 Spiritual gifts are from The Lord and are given to us from the Father.
It is not for a selected few His gifts are for all His children those that are born of His Spirit, in other words they that are born again.

Jesus answered, “Most assuredly, I say to you, unless one is born of water and the Spirit, he cannot enter the kingdom of God. John‬ ‭3‬:‭5‬

Do not marvel that I said to you, ‘You must be born again.’ John‬ ‭3‬:‭7‬

The wind blows where it wishes, and you hear the sound of it, but cannot tell where it comes from and where it goes. So is everyone who is born of the Spirit.” John‬ ‭3‬:‭8‬

So first things first in order to receive His spiritual gifts one must be born again which means to be born of His Spirit.
To be born again is to receive new life in Christ, old things have passed away behold all things through Christ have become new.
Meaning when we are in Christ Jesus we are no longer of the flesh the natural birth but of His Spirit the rebirth.

I became a born again Christian at the age of eleven, before that I was a Catholic.
When I was Catholic I had no knowledge of spiritual gifts, I did not know that I was entitled to having such gifts from God.
So transitioning from being a Catholic to a born again Christian was pretty interesting lol.
It was interesting because for the first time I witnessed The Word being taught to me on a deeper level, and with a deeper revelation.
Revelation of who He is, intimacy with The Father is how we receive His spiritual gifts.
We cannot receive His gifts without first having a revelation of who He is.

So I became born again, but I did not start speaking in tongues.
His Word was being taught to me, as well as how to pray.
I began my journey with The Lord, and at the age of thirteen I was baptised again.
Now this was not like my first baptism where I was baptised as a baby and I couldn’t choose for myself, this was different I was baptised into His Spirit by freedom of choice.

I indeed baptize you with water unto repentance, but He who is coming after me is mightier than I, whose sandals I am not worthy to carry. He will baptize you with the Holy Spirit and fire. Matthew‬ ‭3‬:‭11‬

So I had received the gift of speaking in tongues at a young age, and it was great I had discovered an advanced way to pray but did I really understand the power behind speaking in tongues?
No not really, and this again all boils down to how hungry you are for The Lord, and how much time you spend in His Word.
I had the gift but I did not understand the power behind it because I had not yet had a deeper revelation of who God is.

It was not until my final year of university that began to experience the touch of the Holy Spirit.
For many years I had never been slain in the Holy Spirit, that means to be so overcome by the power of His presence that one falls to the ground, or becomes hysterical, or any other experience.
For me I always wanted to be slain in the Spirit, but I never was and I used to think is there something wrong with me lol, until one day glory be to God and I believe it was in the blessed month of December that I was slain under the power of the Holy Spirit I was so excited, especially because that was around about the time where I desired to become more serious with God.

I have experienced encounters especially this year whereby I have fallen under His power without anybody necessarily laying hands on me.
I believe in the power of laying hands, but I also believe that someone does not need to lay their hands on me or you before we move or are slain under His power.
I’ve experienced being slain in the spirit just through praise and worship.
Or a Word is given in tongues and the power of The Lord just hits me.
That has happened to me a lot this year, even in my own personal prayer time.
You see sometimes you do not have to be amongst many to receive the power of the Holy Spirit!
Often The Lord will visit you right where you are.

Shortly after that my passion for His Word grew, and I desired to share His revelations.
I began to understand the power of speaking in tongues as I delved deeper and deeper into His beautiful Word.
I began to experience things that had never happened to me before like crying uncontrollably during worship.

It is very true what Matthew 3:11 says that we are baptised by the Holy Spirit and His Fire.
The more and more I spent time in His Word the more on fire I became for Christ.
I was invited to a meeting earlier this year, and I’ll never forget it.
For me it was like the day of Pentecost.
I was surrounded by like minded believers, by great women of God that The Lord is using for His glory.
We were gathered around and I remember the Holy Spirit led a lady to touch each and everyone of our heads, shortly after that I began worshipping, and crying uncontrollably, but when the woman of God touched my stomach I just began to breathe so heavily I had never experienced anything like it!
It was amazing, it was like the day of Pentecost!
I could feel His fire, I began to experience encounters with The Lord, I was hungry for more of that fire.
I was so much hungry for His fire that He wrote a message through me ‘DaFruits of The Heart of Fire.❤️’
It’s a prophetic message and I’ll tell you why.

A few months later fast forwarding to my youth retreat where the Spirit of God amazed me in so many ways.
Now I am not a loud person, I’m pretty reserved but when it came to the day that I was to lead worship something happened to me, something that has never happened before.
Once I had finished singing The Lord began to scream through me, He kept shouting ‘His fire! His fire!
And that if His children do not have His fire, they are not going anywhere’!
I was shouting for so long, I couldn’t believe it was me, it is so unlike my character I just know it was His Spirit.

He also used me to prophesy, and pray with people especially young men of God.
I had this burning desire in me to pray for the young men of this generation, for men that will not be afraid to worship God in spirit and in truth.
Another prophetic message from The Lord before the youth retreat ‘DaFruits of Men That Worship.❤️’
So I discovered that God had given me the gift of prophecy, and prior to this God had amazed me again!😀
Someone had reached out to me, but they had not told me the specific issue, but The Lord had revealed to me what it was and when the person had confirmed I nearly cried I was so excited!😀
That has never happened to me before.
When you spend time in His Word, The Lord will reveal so much to you, you will experience so much.
I’m telling you!

The more time you spend in His Word the more He will empower you.
I’m sharing this with you this morning because we are in the last month of the year, and for me the last month of the year it is a very significant one.
A season to experience His encounters, a season of change, a prophetic season.
My heart’s desire which is very much His own is to see a generation filled with the Holy Spirit and on fire for Him!

We are in the last days, and I can keep on repeating that until every believer realises that we are.
Believers need to be filled with the Holy Spirit, we need His fire.
If the disciples followers of Christ experiences His fire on the day of Pentecost how much more you and I?
Aren’t we followers of Christ?
Well then we must be filled with His spiritual gifts.
It’s dangerous to be without them in these last days.

2 thoughts on “DaFruits of Spiritual Gifts.💝🎁”