The book of Joshua chapter two tells of two men sent by Joshua to secretly spy on the land of Jericho and within this same chapter we are introduced to a woman named Rahab. 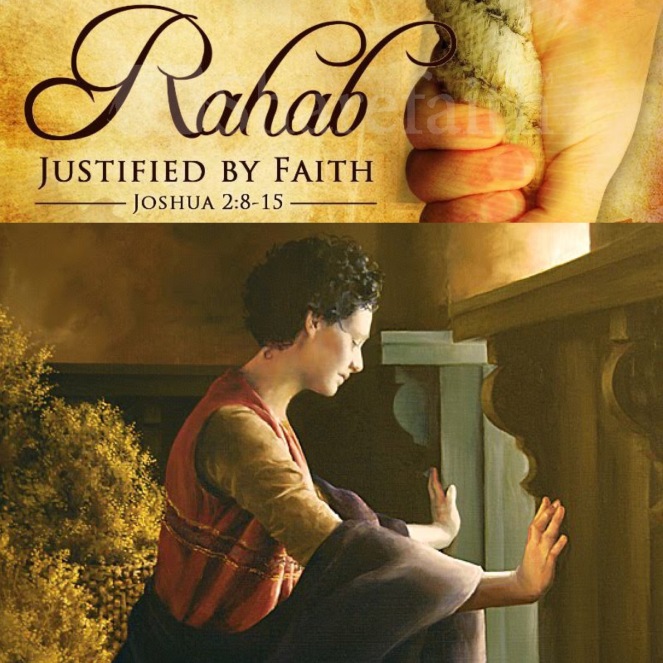 Rahab was an insignificant harlot in Jericho but she had three significant gifts that would set her free; she was strategically positioned(her home was built on Jericho’s wall), she was wise(she played a pivotal role in the success of Israel breaking the walls of Jericho), and she was discerning(she knew that the spies were children of God, she knew that Israel were God’s chosen people and that God’s power supersedes all).

In Joshua 6:22-25 the walls of Jericho are broken and as they are being broken Rahab and her family are remembered for good.

“But Joshua had said to the two men who had spied out the country, “Go into the harlot’s house, and from there bring out the woman and all that she has, as you swore to her.””Joshua 6:22

“And the young men who had been spies went in and brought out Rahab, her father, her mother, her brothers, and all that she had. So they brought out all her relatives and left them outside the camp of Israel.” Joshua 6:23

“But they burned the city and all that was in it with fire. Only the silver and gold, and the vessels of bronze and iron, they put into the treasury of the house of the LORD.” Joshua 6:24

“And Joshua spared Rahab the harlot, her father’s household, and all that she had. So she dwells in Israel to this day, because she hid the messengers whom Joshua sent to spy out Jericho.” Joshua 6:25

God spares the insignificant prostitute of Jericho because he sees a significant vessel of 🇮🇱! It doesn’t matter what others perceive you as what matters is what God sees, because those that looked down upon Rahab in Jericho were destroyed! With these three gifts of strategic positioning, wisdom and discernment she was not only able to see OPPORTUNITY before her, but she was also able to grab hold of it and use it to BREAK OUT from Jericho! Rahab went from being an insignificant harlot of Jericho to being a significant vessel of God, as well as this she is also an ancestor of Jesus Christ!(Matthew 1:5)

A harlot broke out of darkness through the saving love of God, foretelling the saving grace of Jesus Christ as His ancestor, that anyone can receive salvation through Jesus Christ and that God indeed is not a respecter of persons but a lover of all mankind. Now if Rahab could understand when to grab hold of OPPORTUNITY then how much more you and I whom are living literally in an age filled with innumerable amounts of opportunities? Brethren there are no excuses and I  am reminded of the scripture Ecclesiastes 9:11 which says;

“I returned and saw under the sun that— The race is not to the swift, Nor the battle to the strong, Nor bread to the wise, Nor riches to men of understanding, Nor favor to men of skill; But time and chance happen to them all.” God has given everyone in this life gifts and there are two very precious gifts amongst them TIME and CHANCES.

Everyone has a race to complete on earth it’s up to us what we choose to do with these very precious gifts that The Lord has given to us, bearing in mind that time does not wait for no one neither are chances promised.

Ecclesiastes 9:11, simply tells us that life is all about choices. Brethren let’s make the right ones.

Rahab a prostitute trapped in Jericho was determined, she got to a place of enough is enough and that’s the sort of attitude we ought to have if we want to see our breakthroughs. Nothing ever comes easy to anybody and that’s just how life is. If you decide to procrastinate any further then you are just setting yourself up for further delays.Brethren indeed there is a time to wait but without the spirit of discernment and wisdom you will never know when it is time to move, you would just be ignorantly waiting and hoping and time being harsh will not wait for you. Refuse to miss your breakthrough, pray to God and meditate on Isaiah 11:2 which says The Spirit of The Lord shall rest upon Him, the spirit of wisdom and understanding, the spirit of counsel and might, the spirit of knowledge and of the fear of The Lord. Let this be your prayer.

Like Rahab see opportunities, do not delay them and refuse to miss them. Remember that you are significantly special in the eyes of God. It does not matter who you are or where you are. The Lord can use your situation to bring glory to Himself. Do not despise your humble beginnings, see God’s purpose in everything. Like Rahab’s position in Jericho’s wall she wanted to get out but God strategically used that position she was in first in order to get His people out! Can you just grab hold of that revelation! Be encouraged and again I say do not despise your humble beginnings. Your mess is His message.

I want to end this message off by saying how important it is for us not to judge anybody. God led Joshua to send out two men to spy on Jericho, but in His leading He did not tell Joshua that they would meet a prostitute. God leads but in His leading He does not reveal everything, His revelations simply manifests as they are unfolded and eventually fulfilled. Now imagine if these two spies upon seeing a prostitute disregarded her, looked down on her and shun her away then be rest assured they would have been captured and that could have hindered the breakthrough of the Israelites it could have even delayed their entering into their promised land something that I’m sure they would not have wanted to endure again!These two spies had no choice but to trust a prostitute and stay where she told them to stay, she was their only hope. If you were in a difficult situation and your only hope was to trust a person with a bad reputation would you trust that person or would you shun them away? It’s food for thought.

Just be careful of how you treat others and always pray for discernment and wisdom because you never know they could be the helpers for your destiny. I pray that every wall of Jericho shall broken for your sake in your life and that as those walls are being broken you shall be remembered for His glory. I pray that as you meditate on His Word that God shall fill you with the spirit of wisdom and counsel to be able to see the many opportunities that The Lord has presented before you. It’s time to get up and use what The Lord has already given to you in order to breakout and moved forward. In Jesus Name. Amen.

‘God uses individuals of all temperaments and backgrounds to accomplish His purposes-even prostitutes.’

In Joshua 2:18-21 we see a symbol of redemption, of hope, of salvation and this symbol is the Scarlett rope. Rahab is instructed to tie this rope to her window that by doing so she is making a covenant with the spies that they would come back for her and they would not be blameless as long as the rope is tied to her window and Rehab adheres to their word. The fact that the rope is Scarlett reminds me of the passover when the Lord saw The Blood he passed over them, and we thank Jesus for there is power in His Blood, there is healing in His Blood, the Blood of Jesus is our saving grace just like this Scarlett rope which symbolised the Blood of Jesus Christ was Rahab’s saving grace it was her way out of sin. Rahab was not just escaping Jericho but she was overcoming darkness and she did so by force! She got up and she did something about her situation she did not dwell in self pity she violently took this perfect opportunity by faith and by force, it’s no wonder why she is a significant vessel of God.

“By faith the walls of Jericho fell down after they were encircled for seven days.” Hebrews 11:30

“By faith the harlot Rahab did not perish with those who did not believe, when she had received the spies with peace.”Hebrews 11:31

Like Rahab have the faith that takes and be a significant vessel for the glory of the most high God today.

Thanks for reading and God bless you.😊♥️🙏