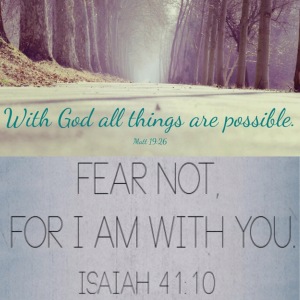 Happy first day of the month!

Happy December!
Happy 150th anniversary to DaFruits, which was birthed in the blessed month of December.
Thank You God for faithfully seeing me through, for constantly revealing and speaking, and for Your grace.
😃❤🎉️🎊🎈💚💜🎄🎁
I pray today for sensitivity in the Spirit, for divine revelations, and for God’s grace and mercy.
“And he did evil in the sight of the LORD, and followed the sins of Jeroboam the son of Nebat, who had made Israel sin. He did not depart from them.”
II Kings 13:2
To be fair few kings walked in the ways of The Lord in those days, even few walked wholeheartedly in the ways of The Lord.
Sadly, it is no different from today.
Only few are walking in righteousness.
In a time whereby we are living under God’s grace, Christians must have a heart of repentance.
“Then the anger of the LORD was aroused against Israel, and He delivered them into the hand of Hazael king of Syria, and into the hand of Ben-Hadad the son of Hazael, all their days.”
II Kings 13:3
“So Jehoahaz pleaded with the LORD, and the LORD listened to him; for He saw the oppression of Israel, because the king of Syria oppressed them.”
II Kings 13:4
If we continue to walk in sin, then we will only end up delivering ourselves into the hands of satan.
It’s not worth it.
So Jehoahaz humbled himself and pleaded with the Lord, and the Lord had mercy upon him and his people.
“And Hazael king of Syria oppressed Israel all the days of Jehoahaz.”
II Kings 13:22
“But the LORD was gracious to them, had compassion on them, and regarded them, because of His covenant with Abraham, Isaac, and Jacob, and would not yet destroy them or cast them from His presence.”
II Kings 13:23
Children of God it really is only by His grace.
Pray that He never takes His presence away from you.
His presence is literally heaven to me.
It’s by dwelling in His presence that I receive revelations from His Word, His presence is powerful.
Let’s also remember to intercede for the nations.
Why is there still war between Syria and Israel?
The answer is in this scripture.
I want us to understand that The Word of God is prophetic. 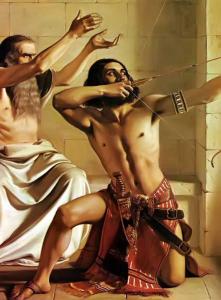 “And Elisha said to him, “Take a bow and some arrows.” So he took himself a bow and some arrows.”
II Kings 13:15
“Then he said to the king of Israel, “Put your hand on the bow.”
II Kings 13:16
“And he said, “Open the east window”; and he opened it. Then Elisha said, “Shoot”; and he shot.
And he said, “The arrow of the LORD’s deliverance and the arrow of deliverance from Syria; for you must strike the Syrians at Aphek till you have destroyed them. ””
II Kings 13:17
“Then he said, “Take the arrows”; so he took them. And he said to the king of Israel, “Strike the ground”; so he struck three times, and stopped.”
II Kings 13:18
“And the man of God was angry with him, and said, “You should have struck five or six times; then you would have struck Syria till you had destroyed it! But now you will strike Syria only three times.””
II Kings 13:19 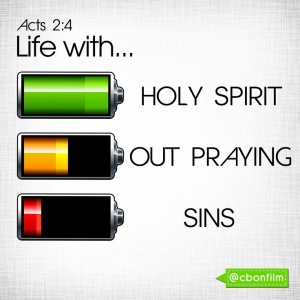 I wonder why the man struck the ground only three times, and stopped.
Perhaps he grew weary of striking the ground, or maybe he had no understanding of why he had to strike the ground, and therefore he might have believed that it was pointless to continue doing so.
I pray that we will be quick and not slow in our discernment in Jesus Name.
I pray that we will be in tune with the holy Spirit in Jesus Name.
There are some things that The Lord has commanded us to do that if we do not respond quickly, there may be dire consequences.
May we be quick in Spirit to respond to the call of The Lord.
It is true you know that there are some things concerning the will of God that if we do not respond immediately to, we will miss it.
I pray that we will never miss that which The Lord wills for us.
In these last days it is important that we are sensitive in spirit.
That is why it is important to heed to the Word of God, His presence is a dwelling place He shields us against the wiles of the enemy.
“But from there you will seek the LORD your God, and you will find Him if you seek Him with all your heart and with all your soul.”
Deuteronomy 4:29
“When you are in distress, and all these things come upon you in the latter days, when you turn to the LORD your God and obey His voice”
Deuteronomy 4:30
“(for the LORD your God is a merciful God), He will not forsake you nor destroy you, nor forget the covenant of your fathers which He swore to them.”
Deuteronomy 4:31
“The LORD is gracious and full of compassion, Slow to anger and great in mercy.”
Psalms 145:8
“He will fulfill the desire of those who fear Him; He also will hear their cry and save them.”
Psalms 145:19
“The LORD preserves all who love Him, But all the wicked He will destroy.”
Psalms 145:20
I pray that we shall be quick to respond to the call of The Lord, and that we shall be sensitive in Spirit to acknowledge Him always.
If we are quick to respond to the call of The Lord we will never miss our blessing.
His grace is sufficient enough.
“if My people who are called by My name will humble themselves, and pray and seek My face, and turn from their wicked ways, then I will hear from heaven, and will forgive their sin and heal their land.”
II Chronicles 7:14

Everyone needs compassion a love that’s never failing,
Let mercy fall on me.

Everyone needs forgiveness, the kindness of a Savior.
The hope of nations.❤🙏️

Savior,
He can move the mountains.
My God is mighty to save.
He is Mighty to Save.

There’s one thing I pray is that I will not provoke the Lord to anger from being disobedient, but that I will hear Him, and respond to please Him.
Dream, Visions, Revelations, Signs, and Warnings. 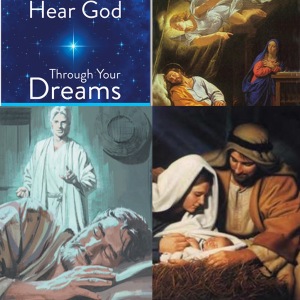 Since we are also soon approaching Christmas the Lord also reminded me that another important way we can be in tune with Him is through dreams, visions, and revelations.
God really does reveal to redeem, but the way we respond reveals how in tune we are with His Word.
“Now the birth of Jesus Christ was as follows: After His mother Mary was betrothed to Joseph, before they came together, she was found with child of the Holy Spirit.”
‭‭Matthew‬ ‭1:18‬
“Then Joseph her husband, being a just man, and not wanting to make her a public example, was minded to put her away secretly.”
‭‭Matthew‬ ‭1:19‬
“But while he thought about these things, behold, an angel of the Lord appeared to him in a dream, saying, “Joseph, son of David, do not be afraid to take to you Mary your wife, for that which is conceived in her is of the Holy Spirit.”
‭‭Matthew‬ ‭1:20‬
Joseph did not understand the situation, he had his own assumptions and perceptions, but with God we have total and undiluted Truth, Truth that surpasses human reasoning, wisdom, knowledge, and understanding.
This would not make sense to anyone, even to Mary herself it would not make sense, but God needed to reassure Joseph and therefore, He reassured His Truth to Joseph through a divine revelation.
“Then Joseph, being aroused from sleep, did as the angel of the Lord commanded him and took to him his wife,”
‭‭Matthew‬ ‭1:24
Joseph first of all knew that this dream was from God, and after he had this dream he responded promptly to the Word of God through obedience.
Joseph did not question, and neither did he doubt, he did not go to seek counsel from the high priest, and neither did he confide in his family or friends.
Joseph simply obeyed God, he knew the voice of God, he had a discerning spirit, he listened to God, and he heeded to The Word of God.
God reassured Joseph with His Word.
He revealed what He had already declared in scripture, and we know that forever The Word of God is settled!
“So all this was done that it might be fulfilled which was spoken by the Lord through the prophet, saying:”
‭‭Matthew‬ ‭1:22‬
““Behold, the virgin shall be with child, and bear a Son, and they shall call His name Immanuel,” which is translated, “God with us.””
‭‭Matthew‬ ‭1:23‬
We know the rest of the story how Mary and Joseph faced some challenges along the way in the pursuit for Mary to conceive safely, but for the simple fact that they had the full backing of God now weapon fashioned or formed against them could ever prosper i.e. Herod, the plans of satan could not work.
Mary and Joseph’s journey with the Lord was successful, He never left them, He saw them through.
“and did not know her till she had brought forth her firstborn Son. And he called His name JESUS.”
‭‭Matthew‬ ‭1:25‬
Brethren The Word of God is faithful and true.
Learn to protect your destiny with silence.
There are some things that should just be left between you and God.
It is not everyone that should know what God has said concerning your life, and most certainly it is not everyone that should know your dreams!
Learn to be quiet and listen to God when He speaks to you, no matter how crazy it may sound once you know that you know that you know that God has said it then just believe it, and do not procrastinate it.
Imagine if Joseph doubted God.
Brethren for all the years that I have walked with God, most of the time He says things to me that I honestly do not want to hear for the simple fact that it sounds crazy to me, and I try to sort of convince my way out of what He has said but it never works.
Things will only start to work for us when we learn to trust Him enough to yield to His will, and that takes a lot of discerning, obeying, and responding.
“Now after Jesus was born in Bethlehem of Judea in the days of Herod the king, behold, wise men from the East came to Jerusalem,”
‭‭Matthew‬ ‭2:1‬
“saying, “Where is He who has been born King of the Jews? For we have seen His star in the East and have come to worship Him.””
‭‭Matthew‬ ‭2:2‬ ‭
How did these wise men know that the star in the East was the sign of the soon and coming King?
That does not just come from earthly knowledge, but by divine knowledge.
These three wise men must have been in tune with God, despite all their earthly knowledge, and perhaps knowledge of astrology, they did not disregard the wisdom that matters most, wisdom that comes from God alone, and can only be found in His Living Word, Jesus Christ in which they had sought out to find. 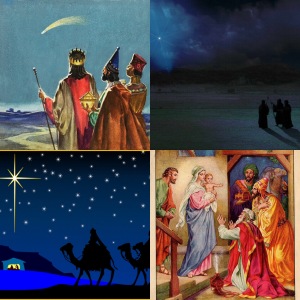 One thought on “DaFruits of Being in Tune with The Holy Spirit(Respond to The Call of The Lord).❤”