“Then it happened one evening that David arose from his bed and walked on the roof of the king’s house. And from the roof he saw a woman bathing, and the woman was very beautiful to behold.”
II Samuel 11:2
“Then David sent messengers, and took her; and she came to him, and he lay with her, for she was cleansed from her impurity; and she returned to her house.”
II Samuel 11:4
“And the woman conceived; so she sent and told David, and said, “I am with child.””
II Samuel 11:5
“Now when David called him, he ate and drank before him; and he made him drunk. And at evening he went out to lie on his bed with the servants of his lord, but he did not go down to his house.”
II Samuel 11:13
“In the morning it happened that David wrote a letter to Joab and sent it by the hand of Uriah.”
II Samuel 11:14
“And he wrote in the letter, saying, “Set Uriah in the forefront of the hottest battle, and retreat from him, that he may be struck down and die.””that he may be struck down and die.””
II Samuel 11:15
“Then the men of the city came out and fought with Joab. And some of the people of the servants of David fell; and Uriah the Hittite died also.”
II Samuel 11:17
“When the wife of Uriah heard that Uriah her husband was dead, she mourned for her husband.”
II Samuel 11:26
“And when her mourning was over, David sent and brought her to his house, and she became his wife and bore him a son. But the thing that David had done displeased the LORD.”
II Samuel 11:27
“Then the LORD sent Nathan to David. And he came to him, and said to him: “There were two men in one city, one rich and the other poor.”
II Samuel 12:1
“The rich man had exceedingly many flocks and herds.”
II Samuel 12:2
“But the poor man had nothing, except one little ewe lamb which he had bought and nourished; and lay in his bosom; and it was like a daughter to him.”
and lay in his bosom; and it was like a daughter to him.”
II Samuel 12:3
“And a traveler came to the rich man, who refused to take from his own flock and from his own herd and prepared it for the man who had come to him.””
II Samuel 12:4
“So David’s anger was greatly aroused against the man, and he said to Nathan, II Samuel 12:5
“And he shall restore fourfold for the lamb, because he did this thing and because he had no pity.””
II Samuel 12:6
“Then Nathan said to David, “You are the man! Thus says the LORD God of Israel: ‘I anointed you king over Israel, and I delivered you from the hand of Saul.”
II Samuel 12:7
“Why have you despised the commandment of the LORD, to do evil in His sight? You have killed Uriah the Hittite with the sword; you have taken his wife to be your wife, and have killed him with the sword of the people of Ammon.”
II Samuel 12:9
“Now therefore, the sword shall never depart from your house, because you have despised Me, and have taken the wife of Uriah the Hittite to be your wife.’”
II Samuel 12:10
“Thus says the LORD: ‘Behold, I will raise up adversity against you from your own house; and I will take your wives before your eyes and give them to your neighbor, II Samuel 12:11
“For you did it secretly, but I will do this thing before all Israel, before the sun.’ ””
II Samuel 12:12
“So David said to Nathan, “I have sinned against the LORD.” And Nathan said to David, “The LORD also has put away your sin; you shall not die.”
II Samuel 12:13
“However, because by this deed you have given great occasion to the enemies of the LORD to blaspheme, the child also who is born to you shall surely die.””
II Samuel 12:14
“Then Nathan departed to his house. And the LORD struck the child that Uriah’s wife bore to David, and it became ill.”
II Samuel 12:15
“David therefore pleaded with God for the child, and David fasted and went in and lay all night on the ground.”
II Samuel 12:16
“When David saw that his servants were whispering, David perceived that the child was dead. II Samuel Therefore David said to his servants, “Is the child dead?” And they said, “He is dead.””
II Samuel 12:19
“So David arose from the ground, washed and anointed himself, and changed his clothes; and when he requested, they set food before him, and he ate.”
II Samuel 12:20
“Then his servants said to him, “What is this that you have done? You fasted and wept for the child while he was alive, but when the child died, you arose and ate food.””
II Samuel 12:21
“And he said, “While the child was alive, I fasted and wept; for I said, II Samuel 12:22
“But now he is dead; why should I fast? Can I bring him back again? I shall go to him, but he shall not return to me.””
II Samuel 12:23
““No one, when he has lit a lamp, covers it with a vessel or puts it under a bed, Luke 8:16
“For nothing is secret that will not be revealed, nor anything hidden that will not be known and come to light.”
Luke 8:17
but sets it on a lampstand, that those who enter may see the light.”
Luke 8:18 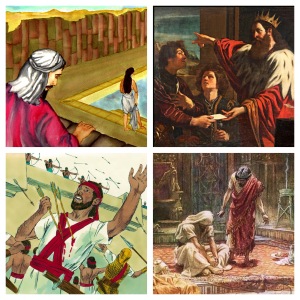 David realised that his sin was ever before him, and so He asked God for help and said; “Create in me a clean heart, and renew a right spirit within me.”

We have just got to be honest, you know exactly what it is that you are struggling with.
Don’t hide from God, say it, let Him handle it.
It’s true that some battles we face we just cannot fight them alone.
“And he said, “Listen, all you of Judah and you inhabitants of Jerusalem, and you, King Jehoshaphat! Thus says the LORD to you: ‘Do not be afraid nor dismayed because of this great multitude, for the battle is not yours, but God’s.”
II Chronicles 20:15
Do not be afraid, ashamed, nor dismayed.
I If an adulterer, a murderer, and a liar could repent and be forgiven.
How much more you and I?
How long will you dwell in self pity?

He’s waiting for you.
Get back up again!
For a saint is just a sinner who fell down, and got up.❤️🙌🙏️

The truth is He is ready when you are.
He is ready to blot out your transgressions if only you repent.
Think about it, is it worth pretending you have it all together only to really be so far away from God?
Nothing is worth being cast out from the presence of God.
David knew that, and that is why He repented.
When you repent, it shows that you fear God more than you do man.
When you fear God, then you won’t care what man thinks of you but what God thinks of you.
After all, it is God that we will have to answer to.
There is now therefore no condemnation for the sinner that repents, but the sinner that does not repent shall be condemned.
“And do not be conformed to this world, but be transformed by the renewing of your mind, Romans 12:2
David’s sin started with his mind.
Pray for The Lord to renew your mind.
Pray for your thoughts to be soaked in the Blood of Jesus.
Pray for your mind to be aligned with The Word of God.
Pray for His Fire to purify your heart, and mind.
Pray for humility.
Pray for a clean heart, a heart that worships God in Spirit and in Truth.
Pray for transparency.
“But each one is tempted when he is drawn away by his own desires and enticed.”
James 1:14
“Then, when desire has conceived, it gives birth to sin; and sin, when it is full-grown, brings forth death.”
James 1:15
“Do not be deceived, my beloved brethren.”
James 1:16
Don’t allow satan to deceive you, it is never too late to repent.
It is late when satan destroys you, do not let this be you.
Jesus overcame death so that we might live.
Repent.
No matter how far of you’ve gone, just repent.
Jesus loves you, and is ever interceding for you.
What a love!😊❤️🙌️
Finally, again I want to encourage you to pray for a friend like Nathan, the friend that rebukes in love.
Every believer needs a friend like Nathan. A friend that will tell you the truth, a friend that will rebuke you in love to get right with God.
In all David’s imperfections, God still saw David as a man after His own Heart.☺️
What a merciful and loving God we serve.❤️️
Do not let the chances that God is giving you pass you by.
Be grateful for a God sent friend like Nathan.
Do not let your Nathan pass you by.

We need to set a boarder officer at the door of our mind and heart🔥💯🙏 Pst Zino Genesis. 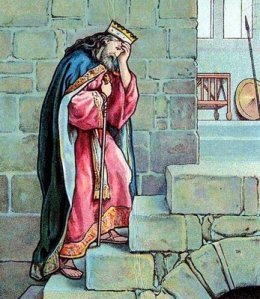 As usual I wasn’t expecting this message, but we thank God for His Word.
Be encouraged, repent, and get back up again.
God bless☺❤️️🙏

3 thoughts on “DaFruits of Nathan, The Friend That Rebukes in Love.❤️”