Reading the book of Ruth this morning reminded me of the notes that I wrote in 2013 on Ruth chapter one and two.❤ 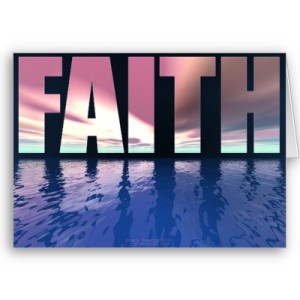 But Naomi said, “Turn back, my daughters; why will you go with me? Are there still sons in my womb, that they may be your husbands? Ruth 1:11
would you wait for them till they were grown? Would you restrain yourselves from having husbands? No, my daughters; for it grieves me very much for your sakes that the hand of the Lord has gone out against me!” Ruth 1:13
Then they lifted up their voices and wept again; and Orpah kissed her mother-in-law, but Ruth clung to her.
Ruth 1:14

Faith does not look at its left or at its right but only unto God.

But Ruth said: “Entreat me not to leave you, Or to turn back from following after you; For wherever you go, I will go; And wherever you lodge, I will lodge; Your people shall be my people, And your God, my God. Ruth 1:16

Where you die, I will die, And there will I be buried. The Lord do so to me, and more also, If anything but death parts you and me.” Ruth 1:17

Faith does the extraordinary.

Ruth could’ve followed her sister in law, after all she knew her past she could identify with her past, she was unaware of what was before her, but she remained determined that she would move into the unknown.

Faith moves into the unknown.

When she saw that she was determined to go with her, she stopped speaking to her. Ruth 1:18

It is clear that Naomi was frustrated with Ruth. Naomi could not understand why Ruth would want to follow her, into what she believed would be an empty and  a hopeless place.

I went out full, and the Lord has brought me home again empty. Why do you call me Naomi, since the Lord has testified against me, and the Almighty has afflicted me?” Ruth 1:21

Ruth chose to see beyond, and her sister in law chose to look back. 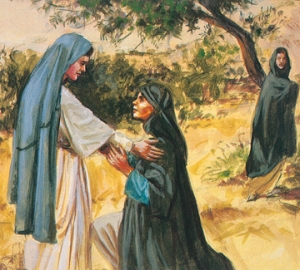 Faith is forward ever, backwards never.

No matter the circumstance Faith chooses to look beyond it’s current situation.
Around the corner from Faith is Favour, and Favour brings forth the Blessing.

There was a relative of Naomi’s husband, a man of great wealth, of the family of Elimelech. His name was Boaz. Ruth 2:1
So Ruth the Moabitess said to Naomi, “Please let me go to the field, and glean heads of grain after him in whose sight I may find favor.” And she said to her, “Go, my daughter.” Ruth 2:2

Ruth’s sister in law had no idea of what was before her and therefore she chose to move backwards. She was unaware that before her was Favour and the Blessing.
So Ruth stepped out in Faith, and moved forward. Ruth move forward into the unknown, and in the midst of the unknown was her Boaz, was her Blessing, was her Favour.
When Ruth stepped out in Faith she did not just stop there, she strategically positioned herself.  That is the next step of faith.
When you Strategically position yourself your Blessing will locate you.

You won’t even need to go out of your way searching for it. You’ve done your part, you’ve stepped out in faith, you’ve strategically positioned yourself, you’re working where The Spirit has led you to work, now wait on The Lord for Favour shall find you, and the Blessing shall come forth.

Then she left, and went and gleaned in the field after the reapers. And she happened to come to the part of the field belonging to Boaz, who was of the family of Elimelech. Ruth 2:3

Faith goes far above our expectations.

Then Boaz said to his servant who was in charge of the reapers, “Whose young woman is this?” Ruth 2:5
So the servant who was in charge of the reapers answered and said, “It is the young Moabite woman who came back with Naomi from the country of Moab. Ruth 2:6
And she said, ‘Please let me glean and gather after the reapers among the sheaves.’ So she came and has continued from morning until now, though she rested a little in the house.” Ruth 2:7
Then Boaz said to Ruth, “You will listen, my daughter, will you not? Do not go to glean in another field, nor go from here, but stay close by my young women. Ruth 2:8
Let your eyes be on the field which they reap, and go after them. Have I not commanded the young men not to touch you? And when you are thirsty, go to the vessels and drink from what the young men have drawn.” Ruth 2:9
So she fell on her face, bowed down to the ground, and said to him, “Why have I found favor in your eyes, that you should take notice of me, since I am a foreigner?” Ruth 2:10
And Boaz answered and said to her, “It has been fully reported to me, all that you have done for your mother-in-law since the death of your husband, and how you have left your father and your mother and the land of your birth, and have come to a people whom you did not know before. Ruth 2:11
The Lord repay your work, and a full reward be given you by the Lord God of Israel, under whose wings you have come for refuge.” Ruth 2:12
Then she said, “Let me find favor in your sight, my lord; for you have comforted me, and have spoken kindly to your maidservant, though I am not like one of your maidservants.” Ruth 2:13
Now Boaz said to her at mealtime, “Come here, and eat of the bread, and dip your piece of bread in the vinegar.” So she sat beside the reapers, and he passed parched grain to her; and she ate and was satisfied, and kept some back. Ruth 2:14

You shall not labour in vain, the work of your hands shall not go unnoticed. 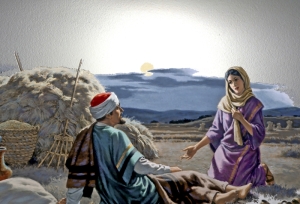 Ruth appreciated her humble beginnings, and faithfully sowed into the life of Naomi, and because she did this The Lord brought forth what He promised.
A season of harvest.
We shall surely reap the harvest that The Lord has promised us.

Ruth could’ve easily taken the path that her sister in law took, but you see most of the time the easiest option is not always the best.
Lets say Ruth had chosen to go back, would there have really been much left there for her? After all she would’ve been returning back to the same surroundings, same people, same everything, and familiarity  is a hindrance to progress.
Ruth would’ve missed out on her blessing, because she was afraid of the unknown. We’ve got to pray against the spirit of fear because it is fear that holds us back, and stops us from moving forward.
Do not be afraid of change.
Ruth remained for ten years, and then change happened.Change brought forth fear, and Ruth’s sister in law allowed herself to be overtaken by fear, and because of this she agreed with the easiest option, and moved backwards. Ruth saw change as an opportunity, a blessing, and not a misfortune, and because of this she overcame fear, and moved forward.

Remain if The Lord is telling you to remain, but when The Lord says move, do not be afraid of change get moving!

Remember that The Lord is everywhere. He is where you are right now, and He is before you in the midst of change so do not be afraid for The Lord is faithful, and He is always with you.