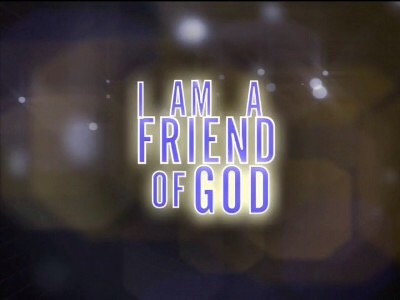 And the Scripture was fulfilled which says, “Abraham believed God, and it was accounted to him for righteousness.” And he was called the friend of God. James 2:23 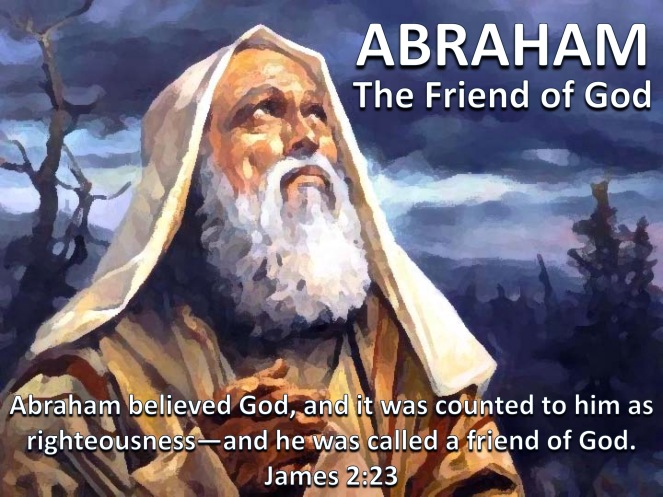 So the LORD spoke to Moses face to face, as a man speaks to his friend. And he would return to the camp, but his servant Joshua the son of Nun, a young man, did not depart from the tabernacle. Exodus‬ ‭33‬:‭11‬ 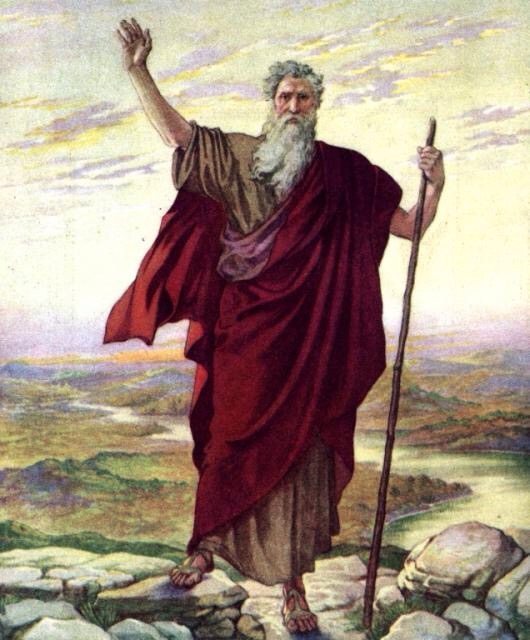 And when He had removed him, He raised up for them David as king, to whom also He gave testimony and said, ‘I have found David the son of Jesse, a man after My own heart,who will do all My will.’ Acts 13:22 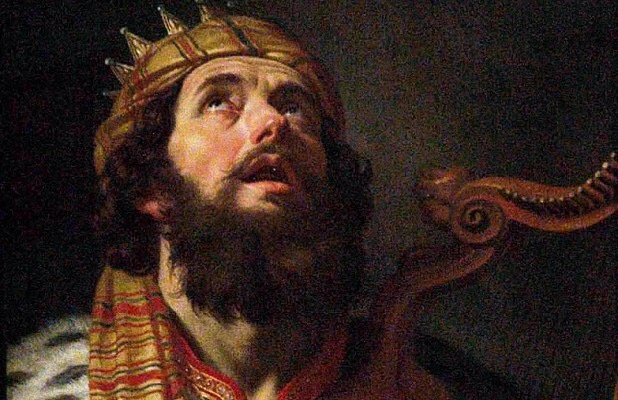 From this man’s seed, according to the promise, God raised up for Israel a Saviour—Jesus—Acts 13:23 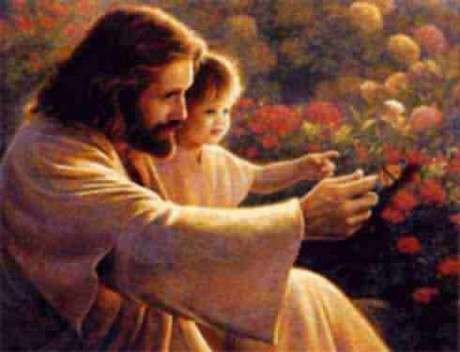 What does it take to be a friend of God?

People will try to hurt you even those closest to you will speak against you but just continue to serve and trust Him God has got your back.
Can we really call ourselves friends of God?
He knows you, and He will never allow anyone to misuse that which He loves.
(Now the man Moses was very humble, more than all men who were on the face of the earth.) Numbers 12:3

Then He said, “Hear now My words: If there is a prophet among you, I, the LORD, make Myself known to him in a vision; I speak to him in a dream. Numbers 12:6

Not so with My servant Moses; He is faithful in all My house. Numbers 12:7

I speak with him face to face, Even plainly, and not in dark sayings; And he sees the form of the LORD. Why then were you not afraid To speak against My servant Moses?” Numbers 12:8

If you want God to speak good of you then you must always speak good of God. We must respect those that serve God. Be careful of what you say, be careful and do not judge. Many of us speak ill of our spiritual leaders today and we have no fear, please be careful and may The Lord forgive us. God did say touch not my anointed for a reason.

Please be humble. Stop speaking against your brethren rather pray for them. Believers we like to talk too much when we really need to be doing more praying. May The Lord forgive us. Just look at what the consequences were in the Old Testament if you were to speak against a humble servant of God, a friend of God.

‘If you can comfortably talk behind somebody’s back and smile when you see them then you are dangerous.’

Too many believers are faking loving one another as Christ did. Lord forgive and help us.

So the anger of the LORD was aroused against them, and He departed. Numbers 12:9

And when the cloud departed from above the tabernacle, suddenly Miriam became leprous, as white as snow. Then Aaron turned toward Miriam, and there she was, a leper. Numbers 12:10

Please do not let her be as one dead, whose flesh is half consumed when he comes out of his mother’s womb!” Numbers 12:12

Even those closest to you the enemy can use to hurt you, or destroy you.

Love, love and always pray for your enemies, and even for your loved ones that have wronged you. We have wronged God with our many sins, but like Moses Jesus is forever interceding for us.

Who is he who condemns? It is Christ who died, and furthermore is also risen, who is even at the right hand of God, who also makes intercession for us. Romans 8:34

A friend of God is an intercessor.
‘The LORD is longsuffering and abundant in mercy, forgiving iniquity and transgression; but He by no means clears the guilty, visiting the iniquity of the fathers on the children to the third and fourth generation. ’ Numbers‬ ‭14‬:‭18‬

Pardon the iniquity of this people, I pray, according to the greatness of Your mercy, just as You have forgiven this people, from Egypt even until now.” Numbers‬ ‭14‬:‭19‬

Then the LORD said: “I have pardoned, according to your word; Numbers‬ ‭14‬:‭20‬

but truly, as I live, all the earth shall be filled with the glory of the LORD — Numbers‬ ‭14‬:‭21

because all these men who have seen My glory and the signs which I did in Egypt and in the wilderness, and have put Me to the test now these ten times, and have not heeded My voice, Numbers‬ ‭14‬:‭22‬

they certainly shall not see the land of which I swore to their fathers, nor shall any of those who rejected Me see it. Numbers‬ ‭14‬:‭23‬

But My servant Caleb, because he has a different spirit in him and has followed Me fully, I will bring into the land where he went, and his descendants shall inherit it. Numbers‬ ‭14‬:‭24‬

The carcasses of you who have complained against Me shall fall in this wilderness, all of you who were numbered, according to your entire number, from twenty years old and above. Numbers‬ ‭14‬:‭29‬

Except for Caleb the son of Jephunneh and Joshua the son of Nun, you shall by no means enter the land which I swore I would make you dwell in. Numbers‬ ‭14‬:‭30‬

Now the men whom Moses sent to spy out the land, who returned and made all the congregation complain against him by bringing a bad report of the land, Numbers‬ ‭14‬:‭36‬

those very men who brought the evil report about the land, died by the plague before the LORD. Ip‭Numbers‬ ‭14‬:‭37‬

God wanted to destroy the Israelites because they had spoken against Him, they forgot all about where The Lord had taken them from. God hates evil. We must understand that though His grace is sufficient enough, He still hates sin. It’s by His great mercy that we are still alive. Thank God for Jesus Christ who is ever interceding on our behalves, and also for the children of God who pray and intercede for one another that is love. God can destroy those that do evil just like that He can wipe evildoers away just like He did in the days of Noah, Sodom and Gommorah, and He can easily do it now. It is only by His loving kindness, His great mercy, and His grace. There is a day of reckoning for the evildoer that refuses to repent and turn from their wicked ways.

By this all will know that you are My disciples, if you have love for one another.” John 13:35

You love only those closest to you, but Jesus gave a new commandment. Not only those closest to you what about those that God has entrusted to you? What about the people that God has led you to speak to? Show that you care, it’s not just about your inner circle. It’s not about you. The body of Christ needs encouragement. We need to encourage one another. Love. Believers genuinely let’s pray for God to help us to love His way.

Then the LORD said to Moses, “If her father had but spit in her face, would she not be shamed seven days?

Let her be shut out of the camp seven days, and afterward she may be received again. ” Numbers 12:14

So Miriam was shut out of the camp seven days, and the people did not journey till Miriam was brought in again. Numbers 12:15

And afterward the people moved from Hazeroth and camped in the Wilderness of Paran. Numbers 12:16

God hates sin. God is angry when we sin, but He is merciful. So please let us be mindful of the things that we say, and do towards one another. Instead of speaking against each other lets choose to love, and pray for each other. God forgive us, we want to become friends of You. Help us to love one another as You have loved us. Help us to turn the other cheek, to allow you to fight for us, to not repay evil for evil, but to know that vengeance is Yours. Help us to understand that you are God alone. You will never leave nor forsake us. Help us Lord to put our trust in You. Help us to be sensitive and discerning, and please do not cast is away from Your presence but have mercy on us.  Your loving kindness is better than life oh Lord. Have Your way, and help us to serve You in humility. Amen. ❤️🙏

How great is our God. How great is His Name. He’s the greatest One. Forever the same. He rolled back the waters of the mighty Red Sea. And He said He’ll never leave you. Put your trust in Me.🔥❤️🙌🙏

Greater love has no one than this, than to lay down one’s life for his friends. John 15:13 Everyone is not going to go with you, it’s tough but you are going to have to leave some people behind. Pray, intercede, stand in Jesus.