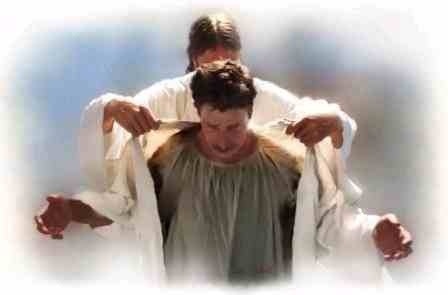 Athaliah the murderous queen attempted to kill all the kings she destroyed many all right but there was one that she couldn’t and that was king Jehoash.

When Athaliah the mother of Ahaziah saw that her son was dead, she arose and destroyed all the royal heirs. II Kings 11:1

But Jehosheba, the daughter of King Joram, sister of Ahaziah, took Joash the son of Ahaziah, and stole him away from among the king’s sons who were being murdered; and they hid him and his nurse in the bedroom, from Athaliah, so that he was not killed. II Kings 11:2

So he was hidden with her in the house of the Lord for six years, while Athaliah reigned over the land. II Kings 11:3❤

He sends His angels to guard the children of God.

Didn’t Pharoah attempt to kill and destroy all the first born sons? Yes.
Did the enemy succeed? No.
Moses the leader was not destroyed for he delivered the Israelites out of captivity by The Spirit of the living God, and rolled back the waters of the mighty Red Sea.

Didn’t Jezebel attempt to kill and destroy all the prophets? Yes.
Did the enemy succeed? No.
Elijah the prophet destroyed Jezebel and performed many signs and wonders in the Name of the most High God.

Didn’t king Herod attempt to kill and destroy all the first born sons? Yes.
Did the enemy succeed? No.
King Jesus our Saviour was not destroyed for He died and rose again!

There are many more examples of how great our God is!
That’s why I encourage you all to eat of His Word He says in psalm 34:8 that we should taste and see that The Lord is good!
Taste #DaFruits of His Word for He is good, yes He is good!

Listen a thousand may fall beside you ten thousand all around you but YOU, his daughter, his son will NOT be harmed.
Go to The Lord for safety, He will cover you with His wings and protect you in His care.
Go to your Refuge, your Shelter, your Fortress, your very present Help in time of need.

Go to your Saviour King Jesus.
Go to Him in prayer for He hears you when you call.
Go to that secret place, that secret place of worship.
The enemy will attempt to attack your worship but remember that again he will try but FAIL.
The enemy can never win, he has already lost the battle.
Jesus already fought our battles!
Aren’t we privileged to have a friend in Jesus!

The enemy cannot can never find you because you are hidden in Christ Jesus.
The enemy cannot can never destroy the calling that The Lord has placed over your head.
When it was time for king Jehoash he assuredly became king, no matter what the attempt of queen Athaliah was she tried and failed.
When God says It Is Your Time, then It Is Your Time and YOU better Believe that!🙌

And he brought out the king’s son, put the crown on him, and gave him the Testimony; they made him king and anointed him, and they clapped their hands and said, “Long live the king!” II Kings 11:12❤🙌

So they seized her; and she went by way of the horses’ entrance into the king’s house, and there she was killed. II Kings 11:16

That’s why I sing
Blessed assurance!
Jesus is mine!
Oh what a foretaste!
Of glory divine.
Heir of salvation.
Promise of God.
Born of His Spirit!
Washed in His blood!❤🙌

This is my story!
This is my song!
Praising my Saviour!
All the day long!❤🙌

This is my story!
This is my song!
Praising my Saviour!
All the day long!❤🙌🙏

Children of God the enemy will try but forever FAIL.
We are children of The King.
We are hidden under His protection.
He is our hiding place.
He is our covering.❤

Whoever goes to the Lord for safety, whoever remains under the protection of the Almighty, Psalm 91:1❤🙏

He will keep you safe from all hidden dangers and from all deadly diseases. Psalm 91:3❤🙏

He will cover you with his wings; you will be safe in his care; his faithfulness will protect and defend you. Psalm 91:4❤🙏

You need not fear any dangers at night or sudden attacks during the day Psalm 91:5❤🙏

or the plagues that strike in the dark or the evils that kill in daylight. Psalm 91:6❤🙏

A thousand may fall dead beside you, ten thousand all around you, but you will not be harmed. Psalm 91:7❤🙏

You will look and see how the wicked are punished. Psalm 91:8❤🙏

You have made the Lord your defender, the Most High your protector, Psalm 91:9❤🙏

and so no disaster will strike you, no violence will come near your home. Psalm 91:10❤🙏

God will put his angels in charge of you to protect you wherever you go. Psalm 91:11❤🙏

They will hold you up with their hands to keep you from hurting your feet on the stones. Psalm 91:12❤🙏

You will trample down lions and snakes, fierce lions and poisonous snakes. Psalm 91:13❤🙏

God says, “I will save those who love me and will protect those who acknowledge me as Lord. Psalm 91:14❤🙏

When they call to me, I will answer them; when they are in trouble, I will be with them. I will rescue them and honor them. Psalm 91:15❤🙏

You are my hiding place; You shall preserve me from trouble; You shall surround me with songs of deliverance. Selah Psalms 32:7❤🙌